VARROCKIA AND HER PEOPLE, A HISTORY VOL 1: FORMATION 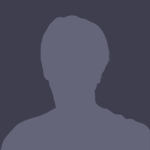 All times are UTC. This page was generated at 16:04 pm.
All RuneScape images used on this site are copyright © Jagex Ltd.
×
×